Are you confused by all those numbers and letters on a tire sidewall? This series will demystify that for you

Are you confused by all those numbers and letters on a tire sidewall? This series will demystify that for you

Automobile tires are described by an alphanumeric tire code (in American English and Canadian English) or tyre code (in British English, Australian English, and others), which is generally molded into the sidewall of the tire. This code specifies the dimensions of the tire, and some of its key limitations, such as load-bearing ability, and maximum speed.

The code has definitely gotten more complex over the years, obviously with its mix of systems. By that I mean the first number is in metric the 2nd number is a percentage and the third number in inches. The tires now also have ratings for traction, treadwear, and temperature resistance. That’s known as The Uniform Tire Quality Grade or UTQG ratings. Most tires sizes are using the ISO Metric sizing system.

However, some pickup trucks and SUVs use the Light Truck Numeric or Light Truck High Flotation system. We’ll go over that a little later.

We’ll discuss these in detail later

Some light-truck tires follow the Light Truck Numeric or Light Truck High Flotation system, indicated by the letters LT at the end instead of the beginning of the sequence

The speed rating translates into the tire’s ability to dissipate heat, or prevent heat build-up. Heat is a tire’s enemy. The more heat, the faster the tire wears, and the faster a tire might break down. A tire with a higher speed rating can dissipate more heat on long highway trips. If a consumer were to spend little time on the highway, the speed rating might not be an important factor in choosing a replacement tire.

The tire speed rating is the maximum speed tires can safely carry a load (the original weight of your vehicle plus whatever’s in it) for a sustained amount of time in ideal conditions. The rating is molded on the tire sidewall, signified by a letter or two, usually after the load index number. Together, the load index and speed rating form the service description.

Each letter in the speed rating represents a maximum speed based on a standard chart. Generally, the higher in the alphabet a tire is rated, the better it will manage heat and faster speeds.

There’s an exception for the H rating; read on for why. Your actual speed capacity may be less than a tire’s rating. The rating indicates a new tire’s performance in tightly controlled lab settings, not the open road. Tire condition, inflation level, extra cargo, road surfaces, and weather are everyday limits that play into a tire’s maximum safe speed.

If you have tires with different speed ratings, the limit of the lowest-rated tire is the fastest you can drive and stay within your tires’ capability. The most common ratings are S and T (sedans, minivans, light trucks); H (some passenger cars, sports cars, coupes, some light trucks); N, P, Q and R (light trucks); and V, W, and Y (high-performance cars). Most winter tires have Q, S or T speed ratings.

Note: Yes, the H rating is out of place and that’s not a typo. When tire speed ratings were first developed in Europe in the 1960s, there were only three ratings: S, H, and V. As tire technology developed and new speed classes were introduced, the rating table expanded to include the full alphabet. But the letter H kept its original speed rating of 130 mph, so it sits later in the chart.

Z- rated will sometimes have the letters ZR embedded with the tire size information instead of in the service description.

Tires with higher speed ratings offer to handle benefits that thrill some drivers, but there are tradeoffs. Since they’re usually made with softer rubber compounds and stiffer construction they offer better cornering, stopping power and steering response. But expect a little less ride comfort, lower performance in cold conditions and shorter tread life. Consumer Reports found that some H- and V-rated tires didn’t last as long as those rated for lower speeds, wearing out closer to 50,000 miles than 60,000 miles.

Typically, the load indexes of the tires used on passenger cars and light trucks range from 70 to 126. The higher the tire’s load index number, the greater its load-carrying capacity.

The load rating tells you how many pounds a tire can safely carry. In our example, the number 94 has been assigned to the load-carrying capacity of 1477 pounds (per tire). So if your car was fully loaded up with, let’s say, bags and bags of dog food, you’d want to be sure the weight of the car plus the weight of the cargo didn’t exceed 5908 pounds (1477 x 4).

The GVWR (gross vehicle weight rating) for the Audi A3 is 4597 pounds. This includes the car, driver, passengers, dog, and dog food. Since the combined load rating (5908 pounds) for the four tires is greater than the 4597-pound GVWR, you’re good to go.

The XL stands for Extra Load and means the sidewalls of the tire are stronger and capable of handling heavy load requirements.

In many cases, it is obvious why you would need XL tires, especially for limousines, trucks and utility vehicles. But even cars like the Prius can require XL tires due to the weight of the battery.  In all cases where an XL tire is specified for use, this should not be ignored. If a non-XL tire is used when an XL tire should be used, the risk of a blowout increases significantly as the sidewall cannot withstand the capacity of the load, especially under fast driving conditions.

The UTQG (Uniform Tire Quality Grades) rating is a labeling requirement by the U.S Department of Transportation for all tire manufacturers. The label of UTQG represents a tire’s Treadwear, Traction and Temperature resistance. Traction and temperature resistance ratings are specific performance levels, while treadwear ratings are assigned by manufacturers following tests conducted and are reliable when comparing tires of the same brand not with their competitors. Which is not overly helpful since customers compare different brands when shopping.

The treadwear grade indicates the wear rate of a tire and is a comparative rating based on a test conducted by tire manufacturers. The grades are not an indication of actual mileage but can be used as a relative comparison. For example, a grading of 400 should last twice as long as a tire graded 200, given similar driving conditions in the same brand.

Traction rating is an indication of a tire’s ability to stop on wet pavement. The braking distance is indicated by ratings of “AA” (highest braking ability), “A”, “B” and “C”. Traction rating only indicates straight line wet braking and does not indicate wet cornering abilities of the tire.

The temperature resistance rating indicates the tire’s ability to withstand heat. It is graded according to a properly inflated and not overloaded tire. It is graded from “C”, is the lowest, to “B” and “A” rating. 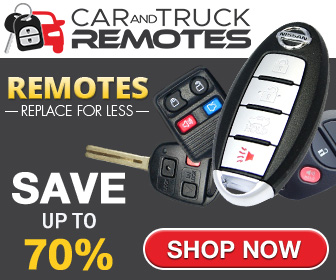 CLICK, LEARN, EMPOWER
Walking into any automotive shop can be intimidating for some people. Whether you have mechanical problems or you’re looking for tires. The goal of this website is to demystify that through education.